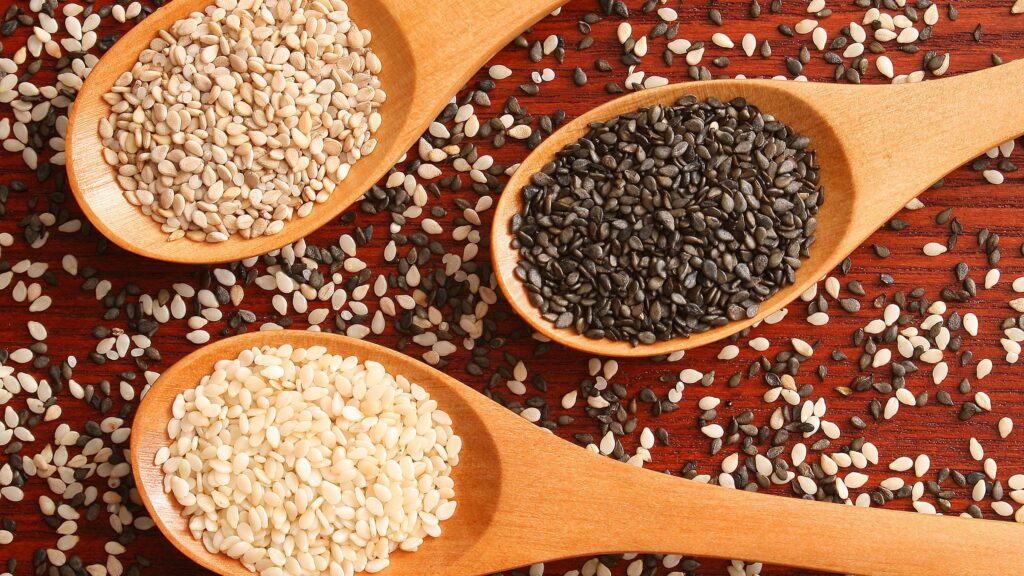 Sesame oil is an edible vegetable oil derived from sesame seeds. Besides being used as a cooking oil, it is used as a flavor enhancer in many cuisines, having a distinctive nutty aroma and taste. The oil is one of the earliest-known crop-based oils. Sesame was cultivated more than 5000 years ago as a drought-tolerant crop and was able to grow where other crops failed.

Worldwide mass modern production is limited due to the inefficient manual harvesting process required to extract the oil. In Akkadian language it is called as Ellu. Sesame seeds were one of the first crops processed for oil as well as one of the earliest condiments. Sesame was cultivated during the Indus Valley Civilisation and was the main oil crop.

While some manufacturers will further refine sesame oil through solvent extraction, neutralization and bleaching in order to improve its cosmetic aspects, sesame oil derived from quality seeds already possesses a pleasant taste and does not require further purification before it can be consumed. Many consumers prefer unrefined sesame oil due to their belief that the refining process removes important nutrients. Flavour, which was traditionally an important attribute, was best in oils produced from mild crushing.

Sesame seeds are protected by a capsule which only bursts when the seeds are completely ripe. This is called dehiscence. The dehiscence time tends to vary, so farmers cut plants by hand and place them together in an upright position to continue ripening until all the capsules have opened. 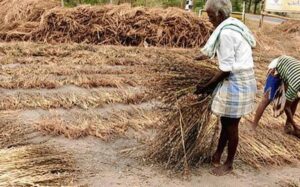 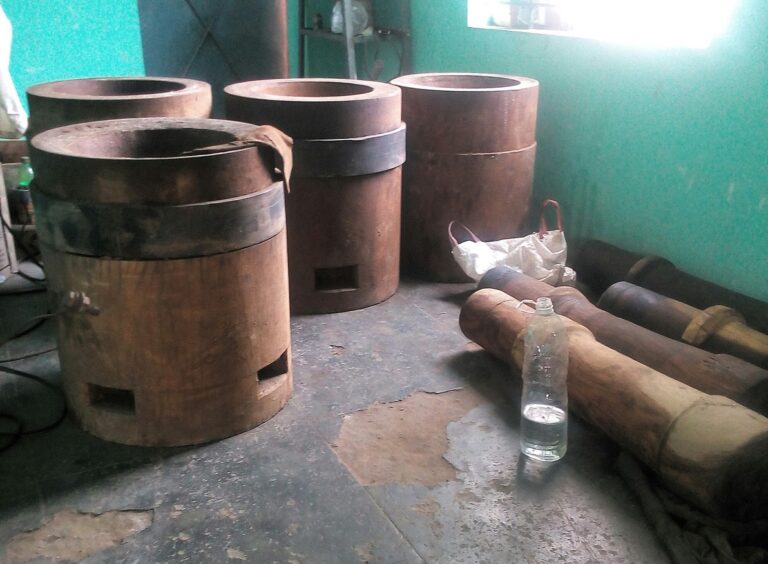 Fresh Sesame Seeds are Cleaned and then Sun dried. This drying process is important to the resulting taste and quality of the oil. This dried Sesame Seeds is then placed into a Wood Press (Marachekku) and pressed with Palm Jaggery (Panai Karuppatti) or Sugar.

This pressing yields oil with proteins. These Oil are allowed to “Settle” in settling tanks for as long as 4 days inorder to acquire the best quality gingelly oil available.